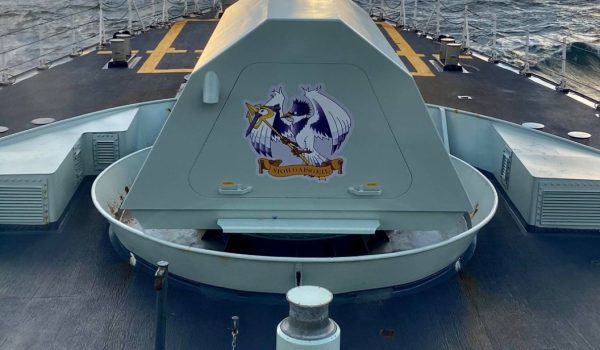 Your weekly national and international naval news for the week of February 3rd, 2021

I am ringing the general alarm for rescue stations.  The pandemic is having a significant detrimental impacted on the delivery of both the Sea and Navy League Cadet programmes.  I believe you are all aware of the logical CAF directed cessation of Corps drill nights, the closing of access to CAF facilities, stoppage of seasonal events such as biathlon competitions and band camps, and the shuttering of the summer camps.  Hence both programmes are now delivered via Zoom, but the staff are understandably having challenges delivering remotely what should be hands-on programmes in a way that engages and inspires cadets…this situation is expected to continue for some months.  These struggles have translated into a substantial decline in the number of cadets in both age groups joining and remaining with their Corps.  I understand that these types of motivational problems are in the school system too, but participation isn’t elective there.  I hasten to acknowledge that I do not have a solution to all their problems, but I do believe that if your NAC Branch investigates the status of your local Corps, they will discern various problems that they and maybe you will be able to help with.  This is not a blame game, we are all in this together, and I also ask that whatever is decided, please work with our stalwart shipmates in the Navy League of Canada to mitigate any duplication of effort.  For your attention.

(If you see any omissions or errors please inform me, and more modern significant dates are also welcome.  The list draws primarily from the Directory of History and Heritage’s comprehensive “Significant Dates in Canadian Military History”, the now defunct “Canada Channel”, “Legion Magazine”, Roger Litwiller’s excellent website, the encyclopedic guidance of NAC member and author Fraser McKee, and anywhere else I can find credible information.)