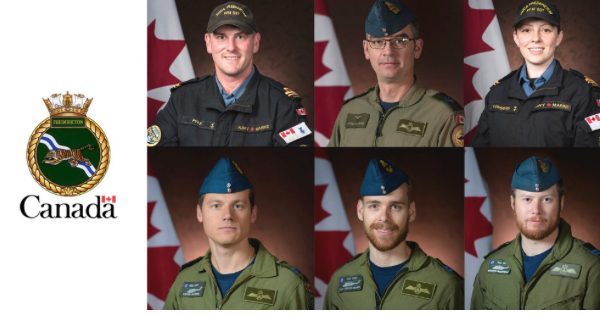 Edition – 355    “The Navy is much more than a job; much more than service to country.  It is a way of life.  It gets in your blood.” Albert F. Pratt (US soldier, lawyer, and politician)

I was very saddened to hear on the news and then to read in the paper about the tragic loss of Fredericton’s helicopter. Our hearts go out to the families that have lost loved ones but also to the ship’s company of HMCS Fredericton and their RCAF and RCN families. This is indeed a sad time for all. We in NAC send our deepest sympathies. The next while will be very tough for all. We stand by to help anyway we can.

We extend our sincerest condolences to all, they are in our hearts

From:Art.McDonald@forces.gc.ca
Date: April 30, 2020 at 22:54:04 PDT
To: billconconi@me.com
Subject: RE:  Tragic Helicopter accident
Thanks, Bill. Means a lot. Indeed, a tragic day for the RCN/RCAF TEAM. I’m so appreciative of the strong CAF/RCN-RCAF team and our extended naval family that we have to respond to this terrible incident & with which we can ensure adequate care for our shipmates at sea and their families back home. Strength is needed in a tough time as you know.

Well appreciated are your thoughts and prayers for the FREDDIE sailors, aviators, & families as well as all those across our Force and extended family. Will share. They join a chorus of others from across our remarkable, supportive and resilient naval extended family of which the NAC is a key part. In a difficult time, may we all be able to take strength from it!